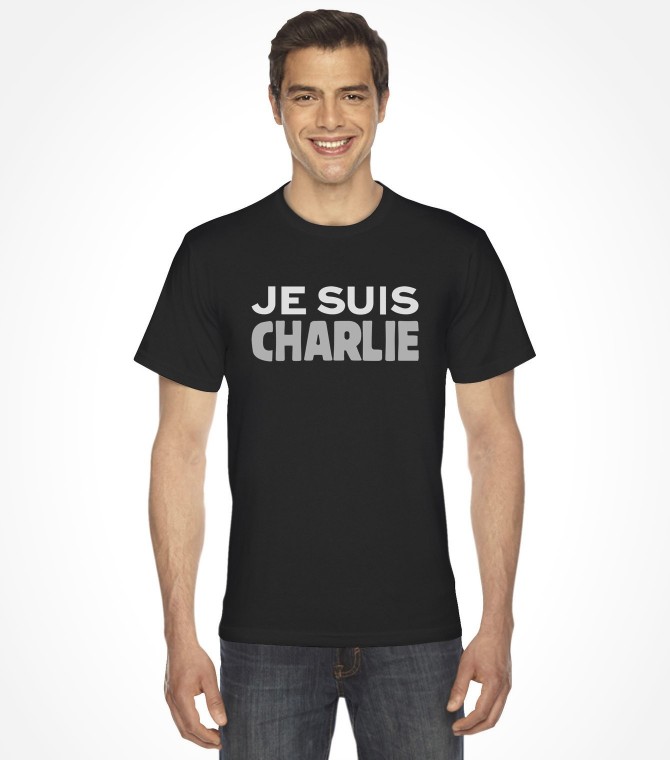 Je Suis Charlie was the worldwide slogan that represented a spontaneous outpouring of human emotion and Jewish sentiment in the painful days following anti-semitic terror attacks in France in 2015.

The phrase re-emerged as a sign of support for France and its citizens after the multiple ISIS terrorist attacks in Paris on Nov. 15 2015 that left 129 victims and over 350 wounded.  "Je Suis Charlie"!

Express yourself with this powerful "Je Suis Charlie" slogan and show your support for France during these difficult days to the world.