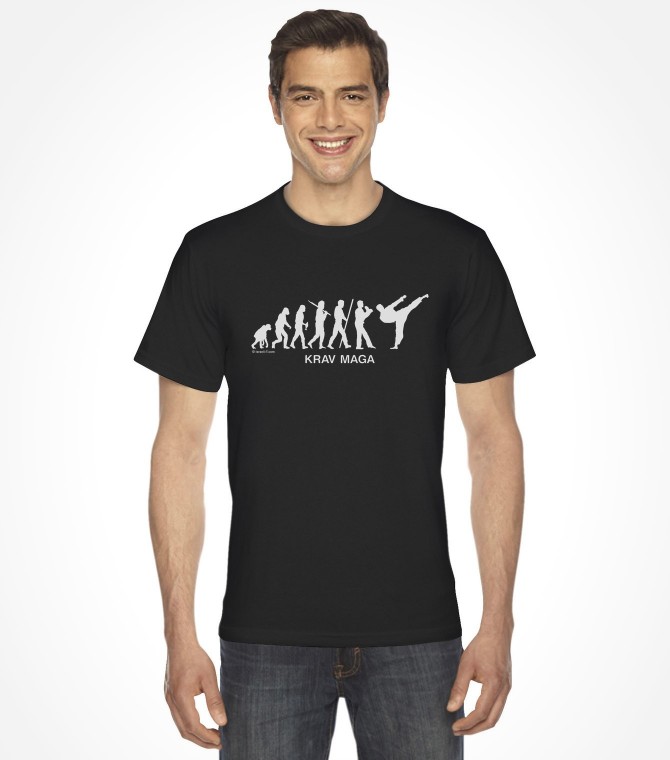 The cool illustration of evolution that is shown on this Krav Maga shirt makes a graphic metaphorical impact regarding the incredible progress of the self-defense system known as Krav Maga.

Developed in the Israeli Army, the combat training originated in the late 40’s in Israel, was created by a Hungarian-Israeli martial artist named Imi Lichtenfeld who combined a number of other forms of traditional defensive training techniques into a form of hybrid combat training that has been used by the IDF and the Mossad as well as many other law enforcement and intelligence organizations, both in Israel and throughout the world.

This clever Krav Maga shirt is bound to be a hit with others who are familiar with Krav Maga combat training technique and the unique design is also available in a number of all-weather styles and vivid colors for comfortable and trendy Krav Maga wear all year round.