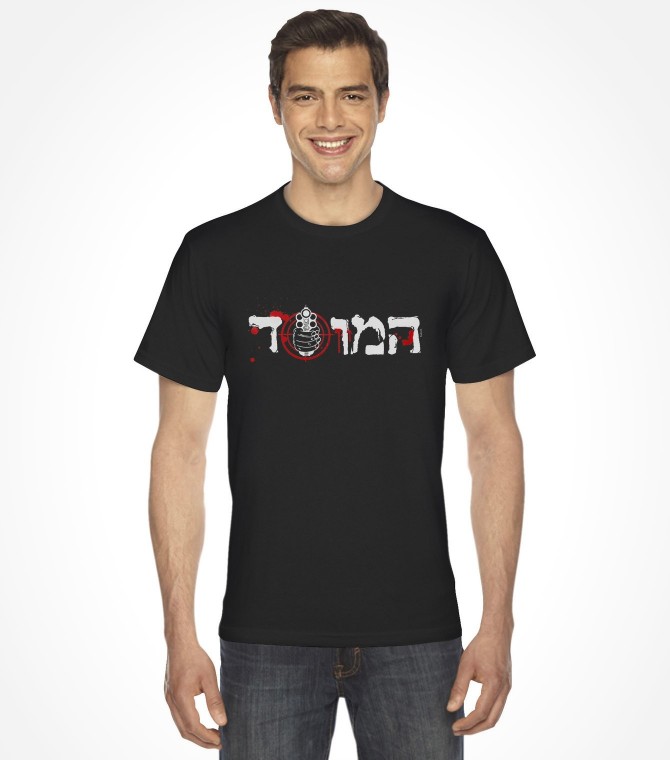 This awesome Mossad shirt features a deadly design, with Mossad written in Hebrew letters and a sniper target.

The secret intelligence "MI5, CIA or FBI" of Israel – is known simply as the Mossad. Known for it's famous operations around the globe - including the suspected but still un-proven assassination of a wanted terrorist in Dubai by the Mossad and recent actions against Iran's nuclear facilities and its nuclear scientists. Although there isn't any proof or admission of guilt - there has been circumstantial evidence pointing to popular theories that it was the Mossad's job).

This soft brushed cotton shirt is also available in a wide array of fashion styles and popular colors for all-weather urban wear in comfort and styles.