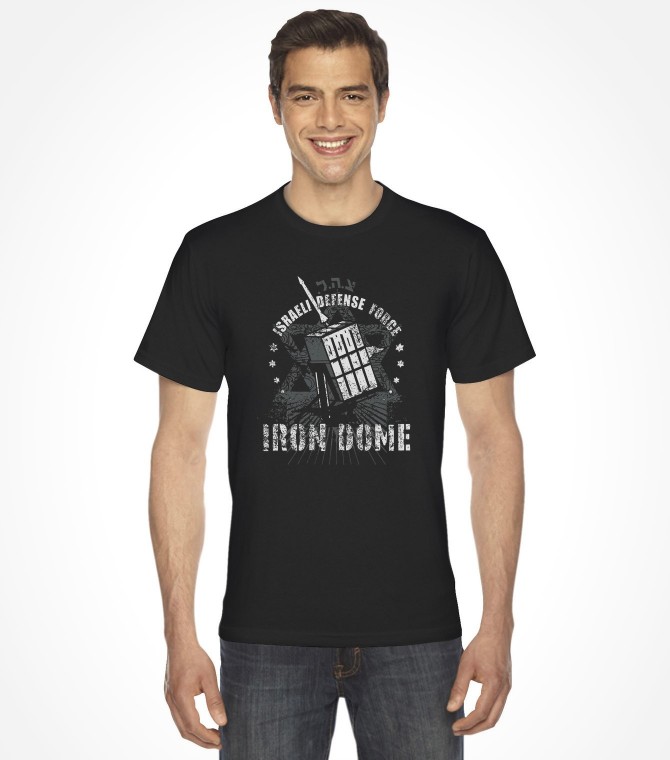 This IDF shirt design will show your pride for the IDF air defense system known as "Iron Dome" and developed by Rafael Advanced Defense Systems.

The Iron Dome is the fruit of a successful cooperation between two nations - the United States and Israel. The rocket defense system protects the sky of Israel and gives the Israeli Army more time to act responsively.

It is part of the Israeli Air Force division and took part in Pillar of Defense(2012) and Protective Edge(2014) operations. On the t-shirt you can see the Iron Dome on a background of the Star of David and the letters IDF for Israeli Defense Force. Wear it with pride.